To prepare the puff pastry, start by making the dough packet. Sift together the two flours, dissolve the salt in the water and knead into the flour at medium speed for about 8 minutes: the resulting dough needs to be softer and more elastic than bread dough and also very smooth and even.
Cover with a cloth, set aside in a cool place for at least half an hour.

In the meantime, start preparing the dough packet. Remove the butter from the fridge, chop into cubes and place in the planetary mixer with the 75 grams of flour: mix to an even dough with no lumps.
Transfer the buttery mixture onto a pastry board and press into a square about 1 cm thick, either by hand (flour up first) or by placing it between two sheets of baking paper and flattening it with a rolling pin. Place the butter pat in the bottom (coolest) part of the fridge for at least half an hour.

Roll out the dough packet into a rectangle about 50 centimetres wide; place the cold butter pat in the middle, fold over the long sides of the dough packet until they overlap.
Fold in the other two flaps to close the cake on each side. Always remember to flour the work surface and the pastry to make it easier to roll out.

Press down with a rolling pin to make the butter loaf more yielding.
You can then start rolling out the pastry into a rectangular shape. To do this, don’t use only back and forth movements with the rolling pin (because you risk getting an hourglass-shaped sheet), try diagonal movements, holding the rolling pin along the diagonal of your ideal rectangle, so as to widen the centre as well. When you have a width of about 25 centimetres, start making the folds. Fold the two shorter sides so that they meet but not overlap in the middle of the longer side, then fold it over like a book, placing one side on top of the other.

Once your dough packet is ready, make a dent with your finger (to remind you that you’ve just made the first fold), wrap in plastic film and set aside in the fridge for at least half an hour. At this stage, take the pastry out the fridge, place it in front of you with the opening on the right and repeat the rolling out and folding steps (to check the pastry is advancing properly, run a hand over it while you’re rolling out: if it’s smooth and even to the touch, then you’re doing a good job).
Before rolling it back up in cling film and returning it to the fridge, make another dent on the top to remind you that you’ve now made two folds. Repeat the whole process a further two times and a total of four folds.
Finally, leave the dough for at least an hour in the fridge.

Fry the onion in a pan with some oil.
Season with salt. Hand chop the rocket and when the onions are cooked, add it to the pan and cook for 1-2 minutes. Beat the milk and eggs in a bowl and add the ricotta. Season with salt and pepper and add the rocket and onions. Lay the puff pastry out in an oven dish, prick the surface with a fork and spread the mixture on top. Place in a preheated oven at 180° for 20-25 minutes, depending on how high you like the mixture rise and how well-cooked. 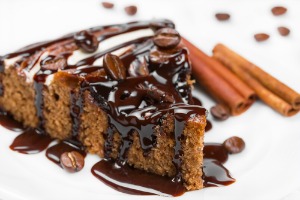 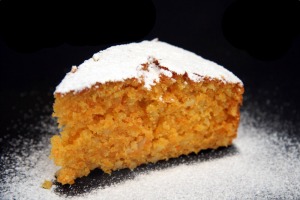